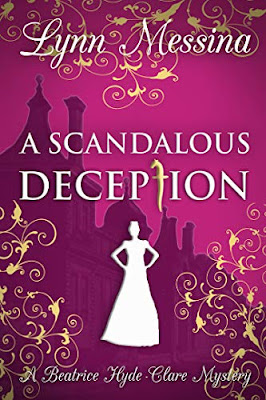 As much as Beatrice Hyde-Clare relished the challenge of figuring out who murdered a fellow guest during a house party in the Lake District, she certainly does not consider herself an amateur investigator.So when a London dandy falls dead at her feet in the entryway of a London Daily Gazette, she feels no compulsion to investigate. It was a newspaper office, after all, and reporters are already on the case as are the authorities. She has her own problems to deal with anyway—such as extricating herself from a seemingly harmless little fib that has somehow grown in into a ridiculously large fiction.Truly, she has no interest at all.Except the dagger that killed the poor earl seemed disconcertingly familiar… And so Bea is off to the British Museum because she cannot rest until she confirms her suspicion, while trying to allay her family’s concerns and comprehend the Duke of Kesgrave’s compulsion.For the handsome lord has no reason to waste his time solving a mystery alongside a shy spinster. And yet he turns up everywhere she goes. 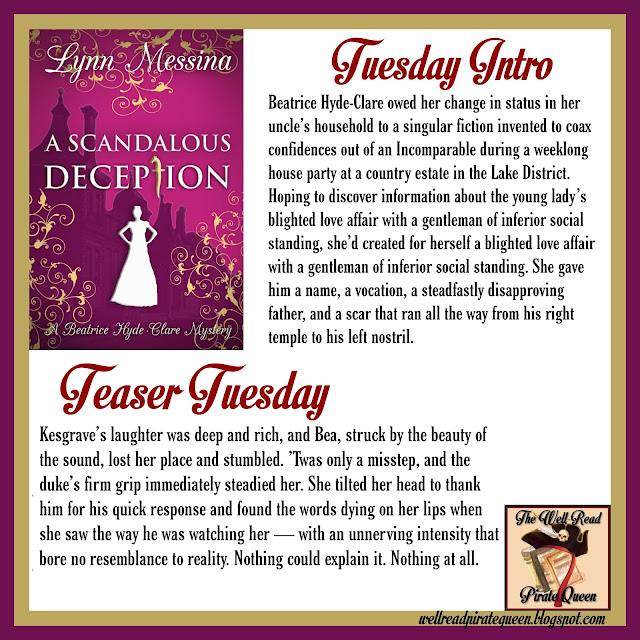 I am horribly ashamed of myself sometimes.
I find a series; I read the first book (or the first few); I fall in love with the story and the characters; I get all excited about seeing what's next ... and then before I know it, it's a few years later and I'm many many books behind because ... well, I mostly blame NetGalley. And Amazon. And ThriftBooks. And my already overflowing bookshelves. And squirrels.
I rambled and teased the first Beatrice Hyde-Clare Mystery, A Brazen Curiosity, on January 28th ... of 2020. I started to read the second one on August 18th ... of 2022. I kept meaning to continue before now. Really. There are ten books in the series now and a new series is having its first book released September 2nd and that's currently glaring at me from my NetGalley shelf along with so many others. I had actually started to read that one and then my bookmark made skidmarks when I realized that it's pretty much a spin-off to this series.
So now I'm back to Bea ... and the Duke ... and I'm so very glad. I'm not sure if I will be able to catch up by the 2nd and, even if I do, I'm not sure each book will get its own post. I have three posts already set to autopublish between now and then so I could just read them back-to-back-to-back-to ..... you get the idea. They're short enough and enjoyable enough that it probably wouldn't even be a hardship.
I adore Bea (and the Duke). It's rom-com, it's regency, it's mystery. What is there not to adore?
Perhaps one giant teaser post with a few favorite lines from each title ....

Karen, I have the same issue as you when I get involved in series books. This sounds very good. I liked what you shared.

This sounds good but, for the reasons you mention, I try not to get involved with more series, lol!

It happens to me too - I read the first book in a series, love it and then don't get back to it for a long time. This one does sound like a good book.