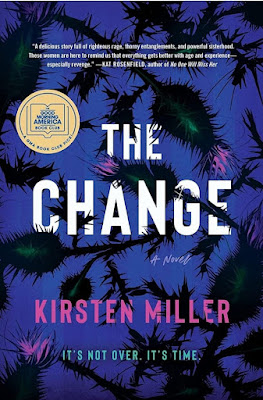 Big Little Lies meets The Witches of Eastwick—a gloriously entertaining and knife-sharp feminist revenge fantasy about three women whose midlife crisis brings unexpected new powers—putting them on a collision course with the evil that lurks in their wealthy beach town.

After Nessa James’s husband dies and her twin daughters leave for college, she’s left all alone in a trim white house not far from the ocean. In the quiet of her late forties, the former nurse begins to hear voices. It doesn’t take long for Nessa to realize that the voices calling out to her belong to the dead—a gift she’s inherited from her grandmother, which comes with special responsibilities.

On the cusp of 50, suave advertising director Harriett Osborne has just witnessed the implosion of her lucrative career and her marriage. She hasn’t left her house in months, and from the outside, it appears as if she and her garden have both gone to seed. But Harriett’s life is far from over—in fact, she’s undergone a stunning and very welcome metamorphosis.

Ambitious former executive Jo Levison has spent thirty long years at war with her body. The free-floating rage and hot flashes that arrive with the beginning of menopause feel like the very last straw—until she realizes she has the ability to channel them, and finally comes into her power.

Guided by voices only Nessa can hear, the trio of women discover a teenage girl whose body was abandoned beside a remote beach. The police have written the victim off as a drug-addicted sex worker, but the women refuse to buy into the official narrative. Their investigation into the girl’s murder leads to more bodies, and to the town’s most exclusive and isolated enclave, a world of stupendous wealth where the rules don’t apply. With their newfound powers, Jo, Nessa, and Harriett will take matters into their own hands…

Ramble-y Teaserish Stuff
No, I'm still not done with The Vine Witch .... and this is one of the reasons why.
I've been trying to read both and I don't multitask books well. Especially not when I'm also trying to deal with every thing else going on. But ... oh my gosh ... THIS BOOK.
I'm getting to be at "that age."
I rarely need the heat on when it's freezing out.
I almost always need a fan or ice-cold drink within arms reach.
Estroven is one of my new best friends.
Nothing I have ever done before to lose weight works anymore.
Yes, boys and girls, your resident Pirate Queen is well and truly in the midst of peri-menopause on top of everything else. Thanks to Kirsten Miller, now I'm just waiting for my own special super powers to take hold like Jo, Nessa, and Harriett. I would especially be happy with Harriett's. She ranks right up there with Robert Thorogood's Judith for "I want to be like her when I grow up" characters. Although, being able to scald horrible people with my hot flashes like Jo can wouldn't be so bad, either. Not sure I could handle Nessa's without freaking out completely.
You'll just have to read the book yourself to know. 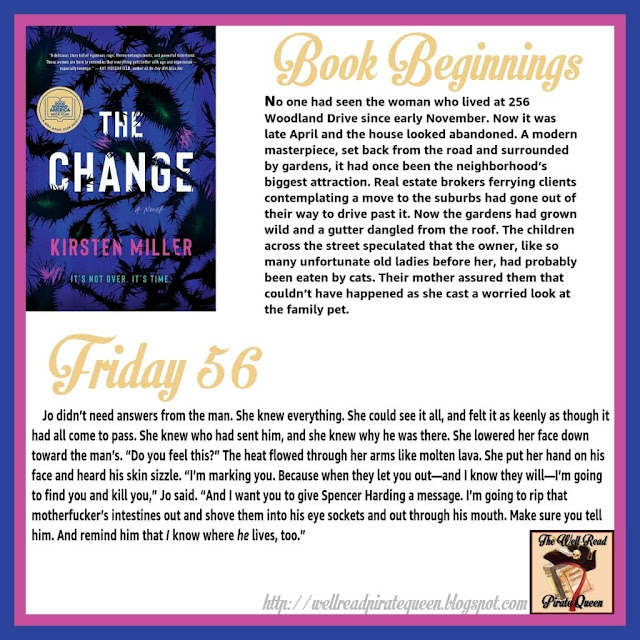 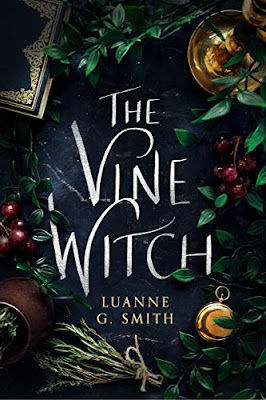 For centuries, the vineyards at Château Renard have depended on the talent of their vine witches, whose spells help create the world-renowned wine of the Chanceaux Valley. Then the skill of divining harvests fell into ruin when sorcière Elena Boureanu was blindsided by a curse. Now, after breaking the spell that confined her to the shallows of a marshland and weakened her magic, Elena is struggling to return to her former life. And the vineyard she was destined to inherit is now in the possession of a handsome stranger.

Vigneron Jean-Paul Martel naively favors science over superstition, and he certainly doesn’t endorse the locals’ belief in witches. But Elena knows a hex when she sees one, and the vineyard is covered in them. To stay on and help the vines recover, she’ll have to hide her true identity, along with her plans for revenge against whoever stole seven winters of her life. And she won’t rest until she can defy the evil powers that are still a threat to herself, Jean-Paul, and the ancient vine-witch legacy in the rolling hills of the Chanceaux Valley.

Ramble-y Teaserish Stuff
Thank you life upheaval for once again making reading not a thing that happens easily or often. I feel like I've been reading this book -- or trying to -- for ages or at least several weeks.
Change of job, routine, exhaustion level, blah blah blah.
It's a good book from what I've read so far. I'm determined to get it done this weekend.
[Edited on 5/19 to add : and it's still not done .... but it is still excellent!] 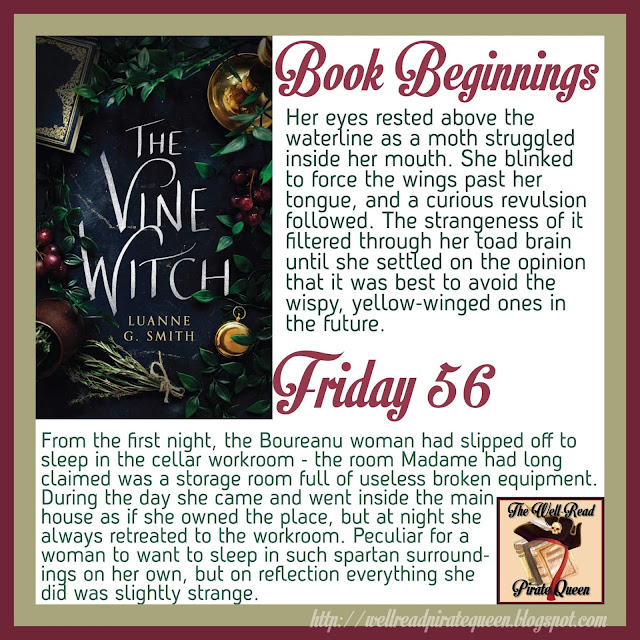