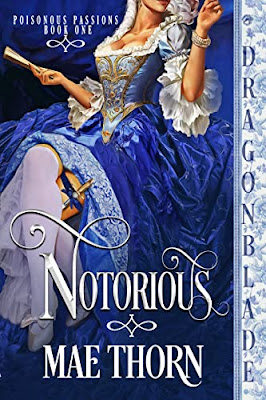 Revenge is best served heartbroken, but love bleeds justice.Welcome to book 1 in the exciting new series Poisonous Passions by bestselling author Mae Thorn!During the Revolutionary War in New York City, Delia Wolcott blames the British for her brother’s death. In retaliation, she becomes the traitorous poisoner, Foxglove, rescuing rebels from His Majesty’s grasp. She will stop at nothing to find justice for those abandoned by General Washington. She spies on officers to gain information about her brother’s murder and leaves no witnesses.British captain Lord Carrington is sent to New York to hang Foxglove for treason, but little does he know the woman he has fallen for is the murderer he seeks.He risks treason himself and his family’s future if he fails in his duty. 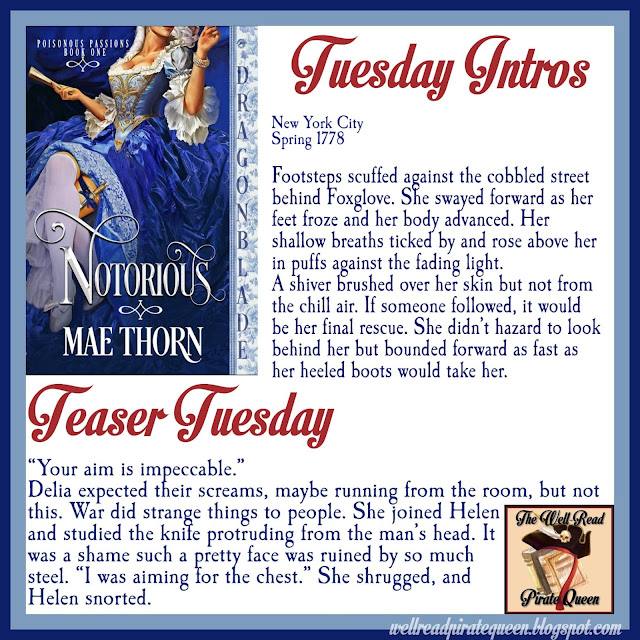 I love it when a book completely takes me by surprise with just how very much I enjoy it. I expect to enjoy what I read ... otherwise why would I choose to read them, right? But there are times, like now, when I just kind of expect to enjoy the distraction and end up gobmacked. I get so wrapped up in the story and the characters and when the book ends I start to hyperventilate a bit.
Moreso when it is the first book in the series and has only just been released and there is, as of yet, no more.
I need more Poisonous Passions. I need Mae Thorn to write and write and write and .... you know, write.
It looks like there will be three books in the series. I need them now.
And then I need more.
I read a lot of Regency and Victorian and sooooooo much set across the pond. But this book. Oooooh this book.
It's an American Revolutionary War story ... set in my dear New York.
New York City, of course. Not the center of the dang state like I am, but that's to be expected. Syracuse wasn't Syracuse until 42 years after this story took place. Even then, it wasn't much of anything at all until the Erie Canal. Hmmm ... I would be quite enthralled with some canal romance going on in a book or several at some point ... but now, back to Notorious.
We have the heroine ... who is also kind of the villain ... but isn't ...
And the hero ... who hates the villain ... but is enthralled with the heroine ...
There are friends and family members and other villains and other heroes and heroines and secrets and lies and and humor and intrigue and hopes and dreams and just the right bit of "just do it already" romance. It pretty much has everything.
Except for pirates.
Or vikings.
Or kilted Highlanders.
Although ... maybe they were in the pages of the book our heroine was reading in Chapter Nineteen. I'll just believe that to be the case.

I'm glad this one has drawn you in. I hadn't heard of it.

Oh, my, what great excerpts! Thanks for sharing. Here's mine: “HOUR OF THE WITCH”